Dana Stewart was born and raised in California, where he developed interests in art, animals, and surfing. He pursued an education in the arts and received a Master of Arts degree from San Diego State University. Early works were executed in ceramics, welded metals and other various materials. Accepting an invitation from the late Herk Van Tongeren, former president of the Johnson Atelier Technical Institute of Sculpture, Stewart traveled to Hamilton, New Jersey, to research ceramic shell casting techniques. A scheduled short visit turned into permanent residency on the East Coast and an appointment in 1977 to head of the Johnson Atelier’s ceramic shell department. Ten years later, he became proprietor of Stewart Sculpture Casting in Lambertville, New Jersey. Stewart has exhibited regularly in New Jersey since 1987 at many venues which include The Museum of the City of Trenton in the Ellarslie Mansion, The Mason Gross School of Arts at Rutgers University, Mercer County Community College, and the 1860 House-Montgomery Cultural Center in Skillman. 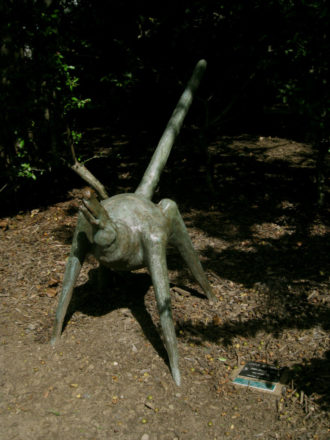 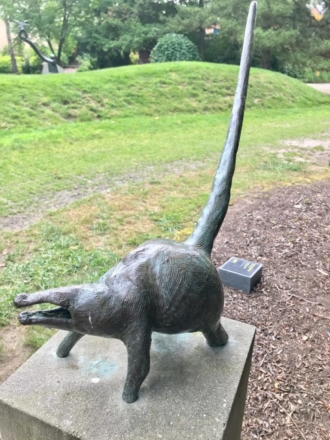 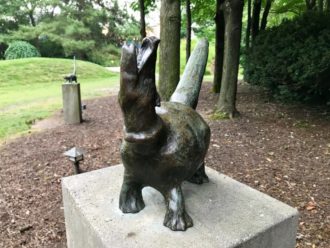 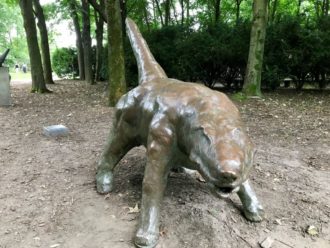 That’s What You Get When You Mess With A Cat, Scratched! The Bright Spot at the End of the Tail What Was That?
Stay up to date with the latest news and announcements from Grounds For Sculpture
Sign up for our newsletter