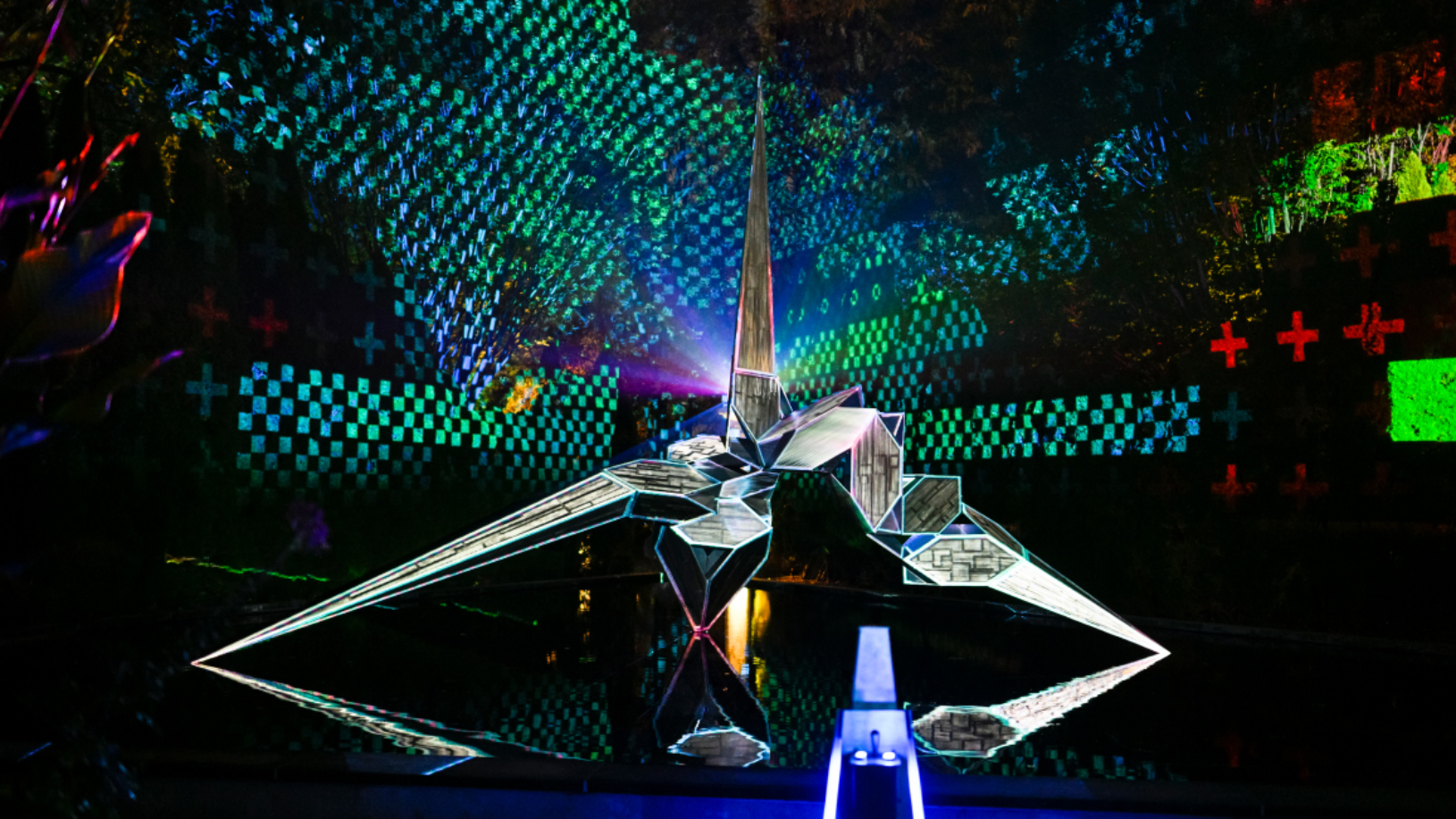 For the second Night Forms season, we partner with Klip Collective to present a reimagined after-hours, multi-sensory light and sound experience designed to engage with the Ground For Sculpture art and horticulture collection.

Night Forms: Infinite Wave creates an evening landscape of creative exploration through lighting, sound, and video projection mapping, a process which Klip Collective pioneered. Designed to provide a dialog with specific sculptures in the collection, such as Carlos Dorrien’s The Nine Muses and Bruce Beasley’s Dorion, this audio and visual exhibition offers new perspectives on these works and multi-dimensional space.

Building on the success of last year’s exhibition, the new season will be unique, sustaining popular works, such as Frog Head Rainbow featuring artist Michelle Post’s sculpture, The Oligarchs. The Main Loop path wormholes through the grounds as more than a dozen installations punctuate the dark. Observers become performers through a series of interactive moments, their actions causing a ripple effect that echoes across the work and then disappears. Patterns of light are syncopated to original soundtracks while glitches appear, reminding us that behind the dreamlike visual scenes is an invisible array of computer code.

Klip’s founder and creative director, Ricardo Rivera, is a self-taught, site-specific media artist and pioneer of video projection mapping, having earned multiple United States patents for his technological breakthroughs in the medium. As a Sundance StoryLab fellow and Creative Capital award recipient, Rivera applies his film and VJ performance background in the transformation of spaces, layering architecture and filling landscapes with light and sound, resulting in immersive, sensory environments. With Klip Collective, Rivera has directed several ambient light and sound experiences, including Nightscape at Longwood Gardens and Electric Desert at the Desert Botanical Garden in Phoenix, and Night Visions at the Nashville Zoo. Music is essential in Rivera’s work and has led to collaborations with indie and electronic artists such as Kurt Vile, Simian Mobile Disco, Mary Lattimore, and Twin Shadow. In the commercial world, brands including Nike and Target have sought Klip’s unique ability to use video projection, light and sound as a bridge between architecture, technology and storytelling.

Grounds For Sculpture centers creating strategic partnerships with artists to address current issues and ideas, while embracing experimentation within our curatorial practice.

(‘Night Forms’ group rates are for 15 or more individuals)

Night Forms: Infinite Wave offers the perfect opportunity to book a group visit or host an event this winter at Grounds For Sculpture. Explore Klip Collective’s reimagined installations and then warm up with a hot beverage at the Gazebo or enjoy dinner at Rat’s. You can also plan an event in advance in one of our event spaces. Review these FAQs to book a table, event space, or catering during Night Forms.

Night Forms group sales are for 15 or more individuals.

To learn more, please visit our Group and Event pages:

WARNING: This exhibit may potentially trigger seizures for people with photosensitive epilepsy. Viewer discretion is advised.

On View Now
That’s Worth Celebrating: The Life and Work of the Johnson Family
This exhibition focuses on the Johnson family’s passions, their belief in the spirit of innovation and the power of community, and the founder’s vision.
May 7, 2017 — December 31, 2024
About the exhibition 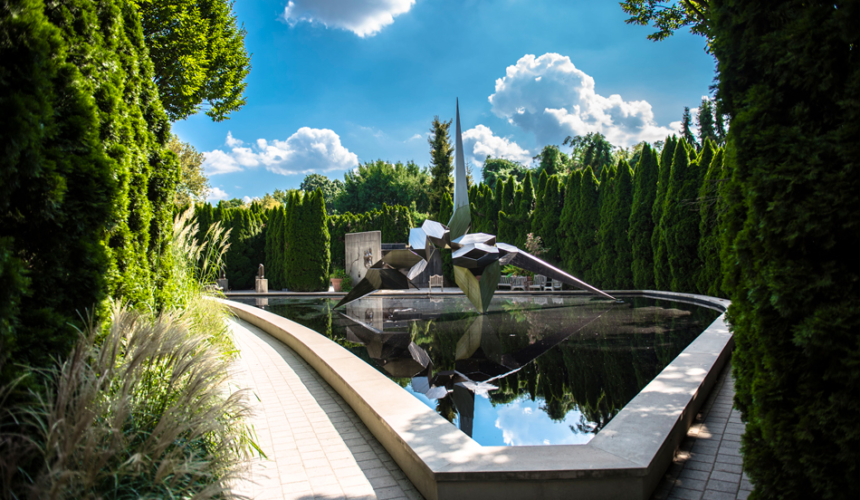 On View Now
Bruce Beasley: The Emotional Language of Shape
January 17, 2022 — February 1, 2024
About the exhibition On View Now
MEMBERS’ MUSINGS: PROCESS & PRACTICE
'Members’ Musings' is the thirteenth annual exhibition of artwork created exclusively by members of Grounds For Sculpture, showcasing their diverse talents through a variety of artistic creations in a range of media.
December 2, 2022 — February 26, 2023
About the exhibition
Stay up to date with the latest news and announcements from Grounds For Sculpture
Sign up for our newsletter