Zinman was born in the Bronx in 1914. She graduated from Hunter College in Manhattan and received a master’s degree from the City University of New York. Her studio art studies began at the National Academy of Design, also in New York City, in 1935. Two years later, Zinman developed a focus on sculpture. She pursued her art interests further by attending classes in New York at Leonardo da Vinci Art Institute, the Art Students League, and Greenwich House Pottery, the Studio Workshop in Philadelphia, and at colleges and workshops at other locations. Works by this artist were shown in New York at the Jewish Museum, the House of Living Judaism, Lehman College, and Temple Emmanuel, and in galleries in SoHo. She also worked as an information specialist for both the Department of Agriculture and the Department of Defense for more than 30 years. Zinman, who was also an accomplished painter, photographer, printmaker, and potter, retired from public service in 1973 and continued to work on her art well into her eighties. 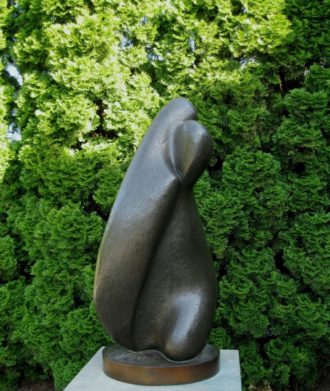