2.Brian Carey (L) and Bruce Daniels (R) inside the frame of the Small Livestock Building during its relocation to its current location, where it now serves as the Museum Building.

If Grounds For Sculpture had a resident historian, Bruce Daniels would be it. His thorough documentation of the evolution of the grounds has resulted in a vast archival collection; a trove to which this exhibition is indebted. However, this title would not begin to convey the magnitude of his contributions as a founding team member, which began when he accepted the challenge to shepherd the process of transforming twelve flat and nearly treeless acres of land into Seward Johnson’s resplendent vision. In 1984, while working as the newly hired property supervisor for the Atlantic Foundation, helmed by Johnson, Daniels was asked to secure some recently purchased property.

It was a place he had visited twice before, when the grounds were home to The New Jersey State Fair, but this third encounter was different.

“In 1984, when I was hired by Seward Johnson, I was a graduate student in Sociology waiting for a counseling position to open up. I took what I thought was going to be an interim job as the Property Supervisor of the Atlantic Foundation, and my first major assignment was to secure and stabilize the Fairgrounds property. Grounds For Sculpture held its inaugural exhibition and opened to the public in the spring of 1992. I have spent the subsequent 25 years acting as Project Manager and Facilities Director of the park as it evolved over time. And it really has been an extraordinary evolutionary process. Everything I know about building construction, landscape development, and sculpture installations, I learned on the job, and it has been an amazingly unexpected and wonderful career. ” 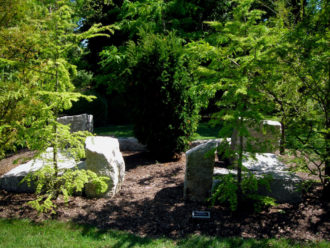